Cling film is becoming more and more popular in our life. They are used to help food keep fresh for longer, avoiding small insects from entering the food.

For wholesalers, how to know PE or PVC films is not too difficult, but for consumers or retailers, they need more detailed information for easy identification.

In this article, Hanpak will give the characteristics of PE and PVC wrap films for your reference.

The transparency of PVC cling film is high, and the stretch ability and viscosity are stronger than that of PE cling film.

When the PVC cling film is burned with fire, the flame will turn black, emit black smoke, have a pungent smell, will not drip oil, and will automatically go out after leaving the fire source.

When PE plastic wrap is burning, the flame is yellow, odorless, dripping oil, and can continue to burn after leaving the fire source. 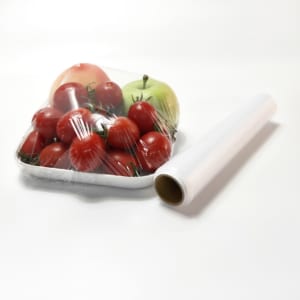 4. The self-adhesiveness of PVC cling film is much stronger than PE cling film.

If you are consider to choose best products for your business. Contact Hanpak now, our experts will help you make the perfect choice.